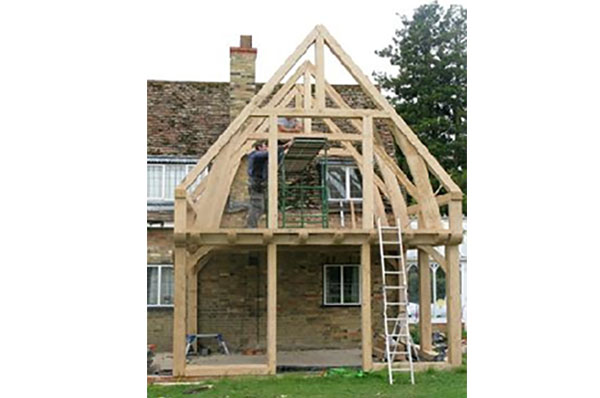 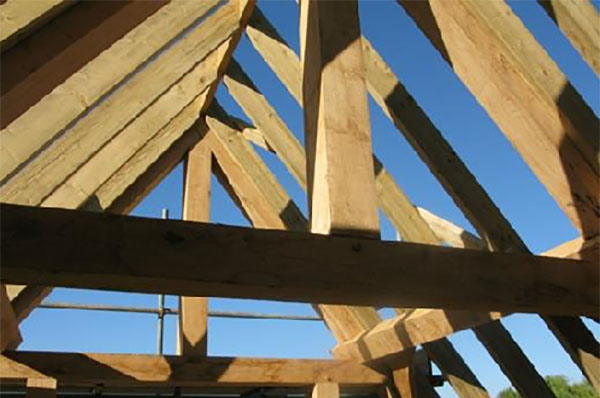 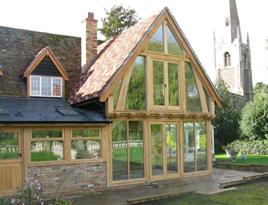 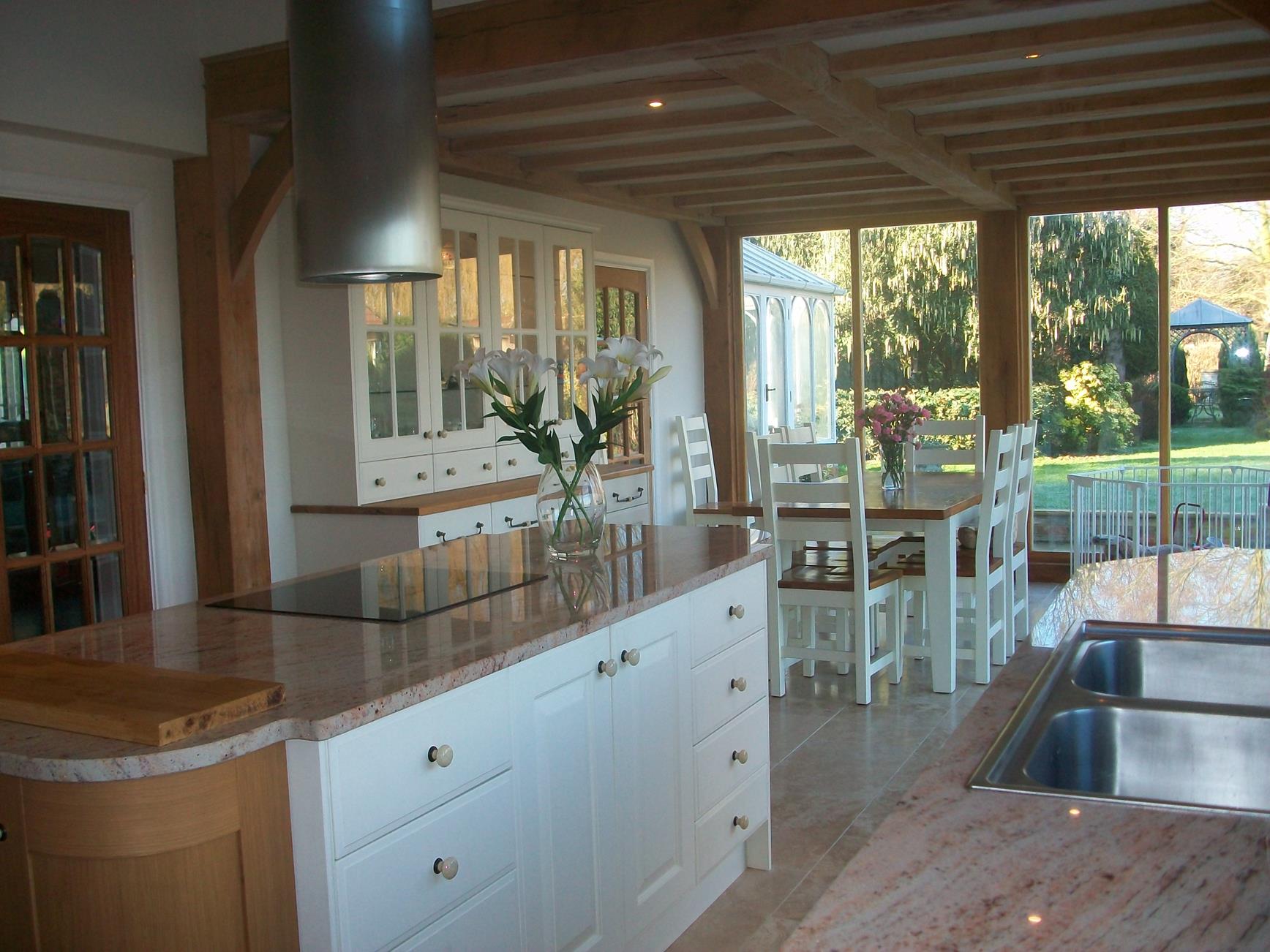 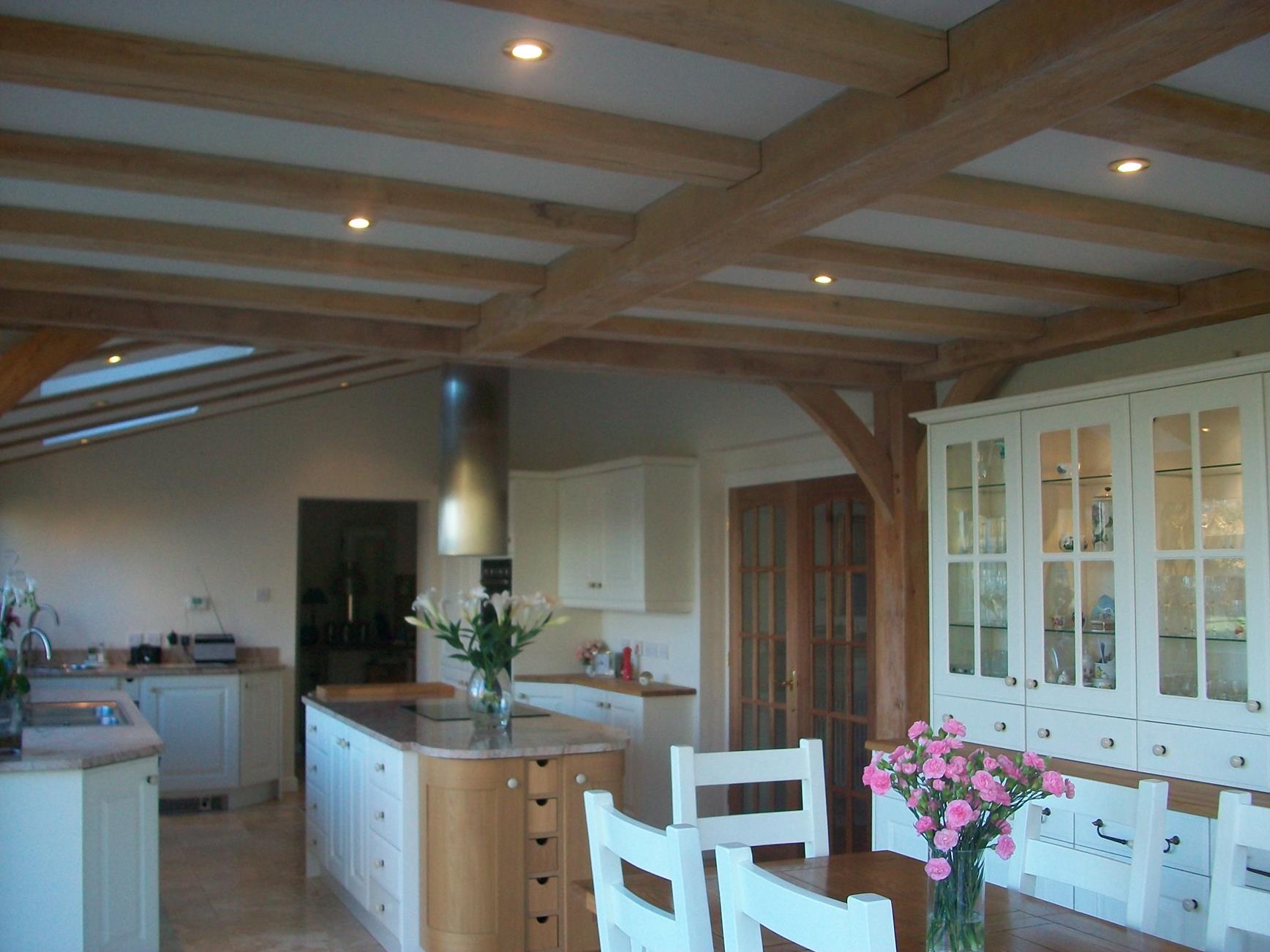 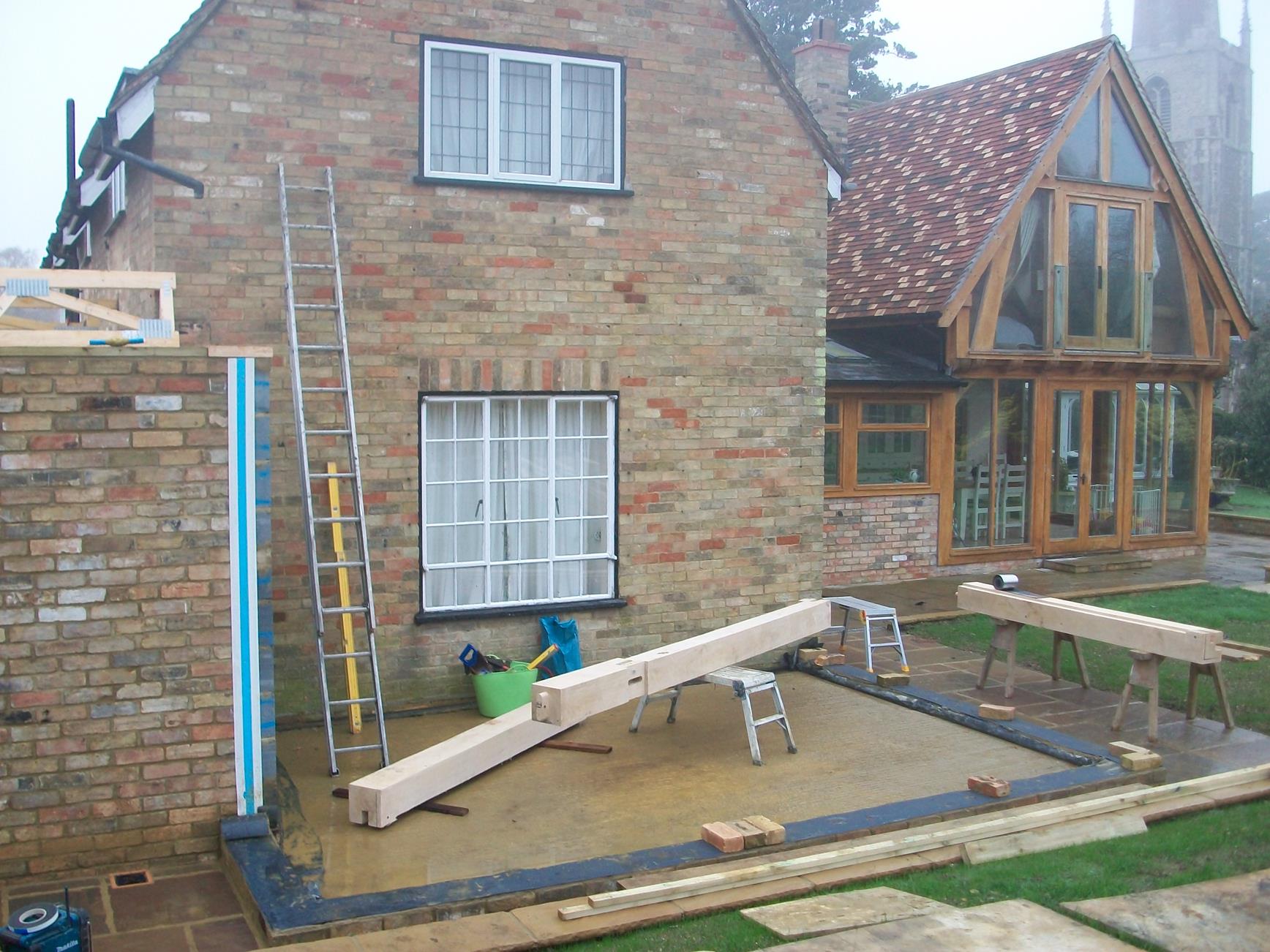 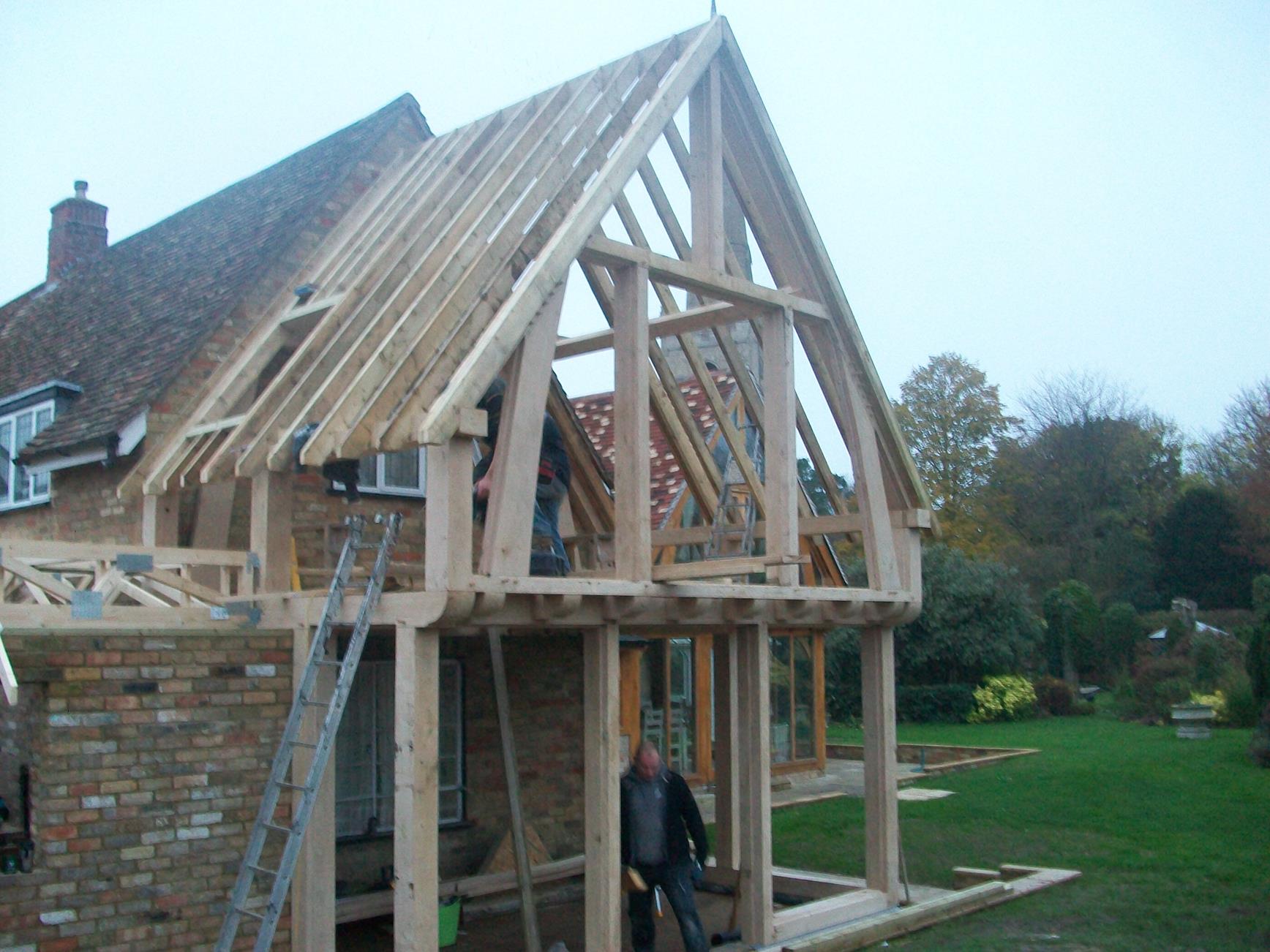 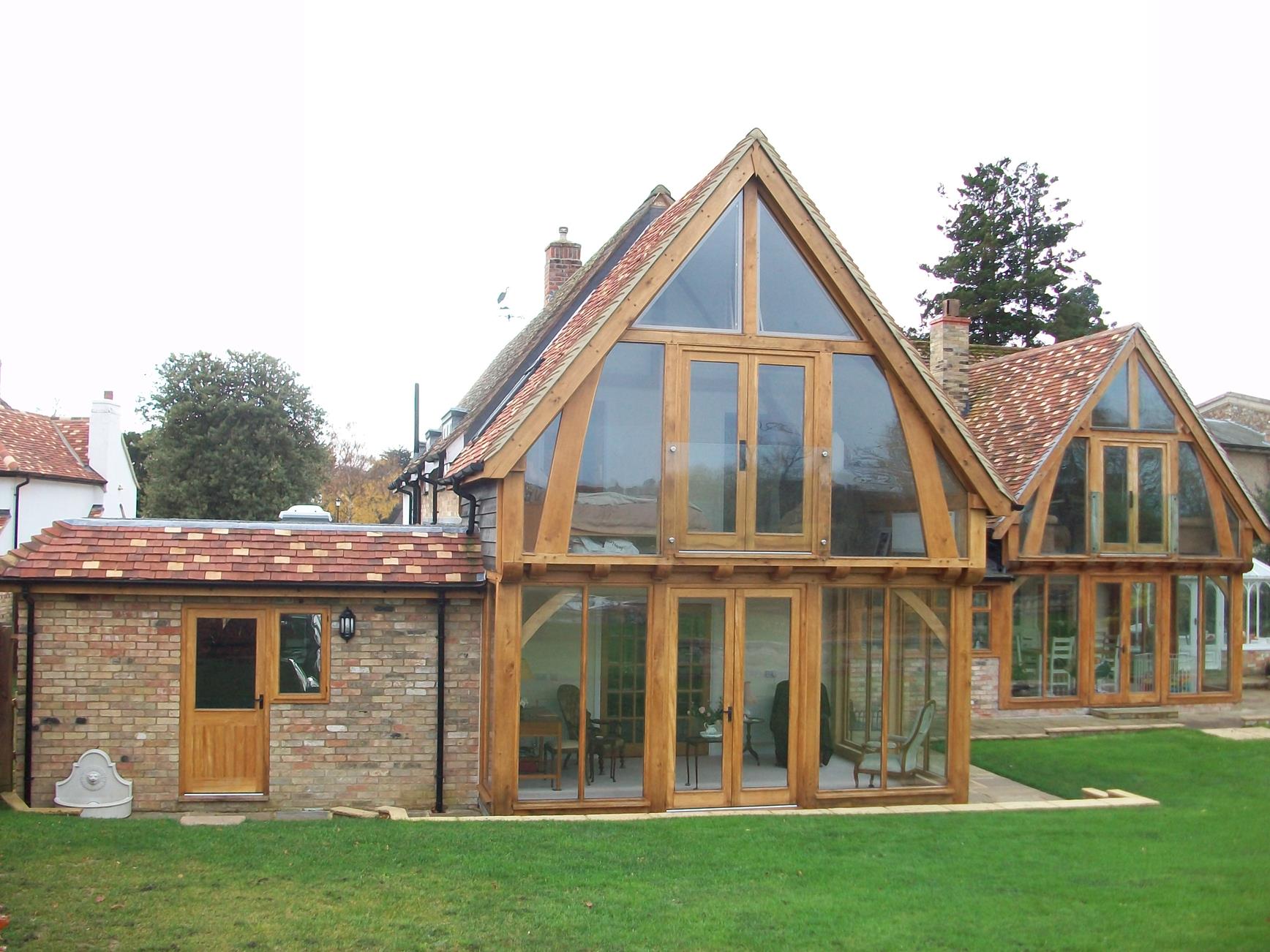 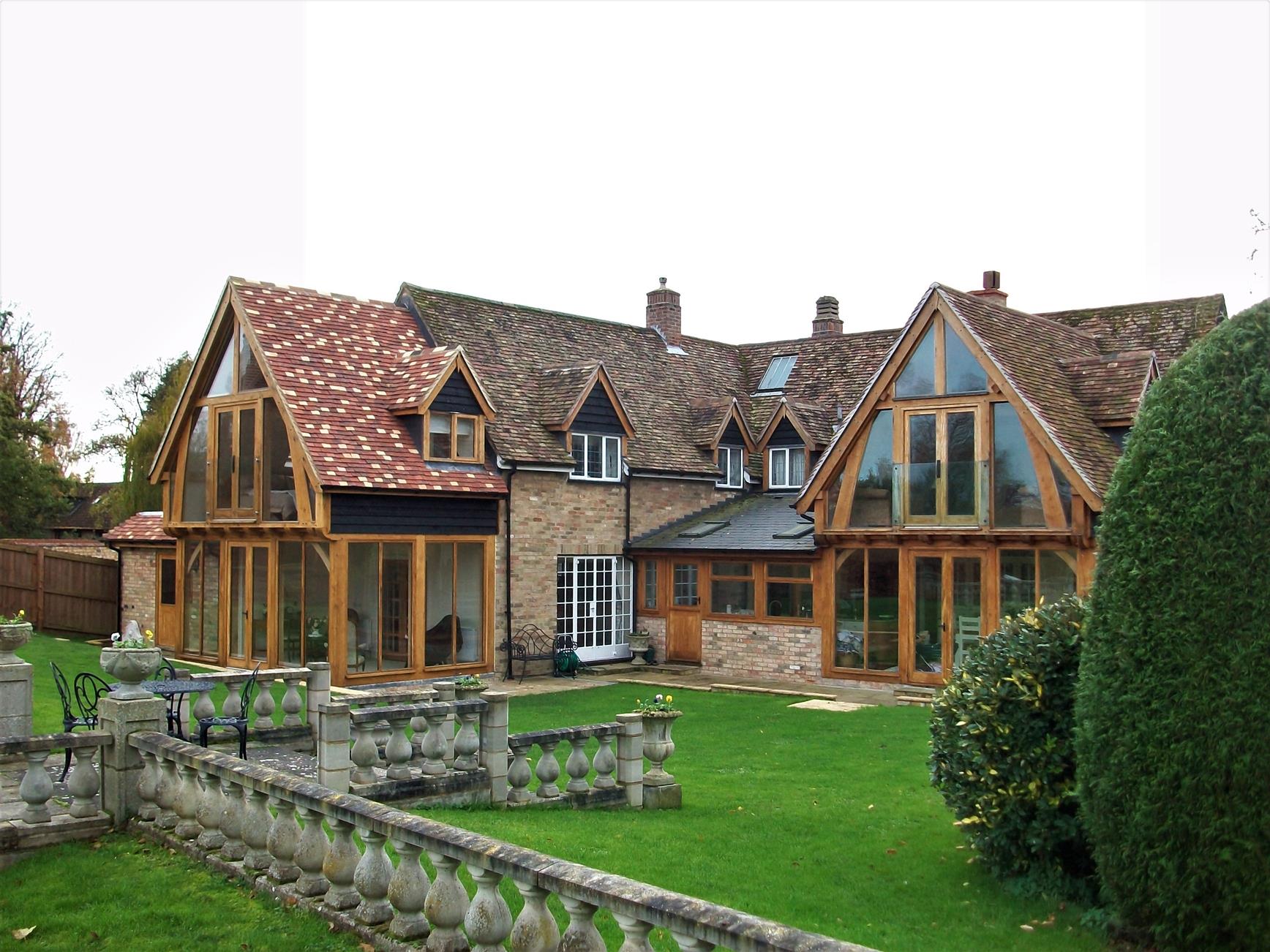 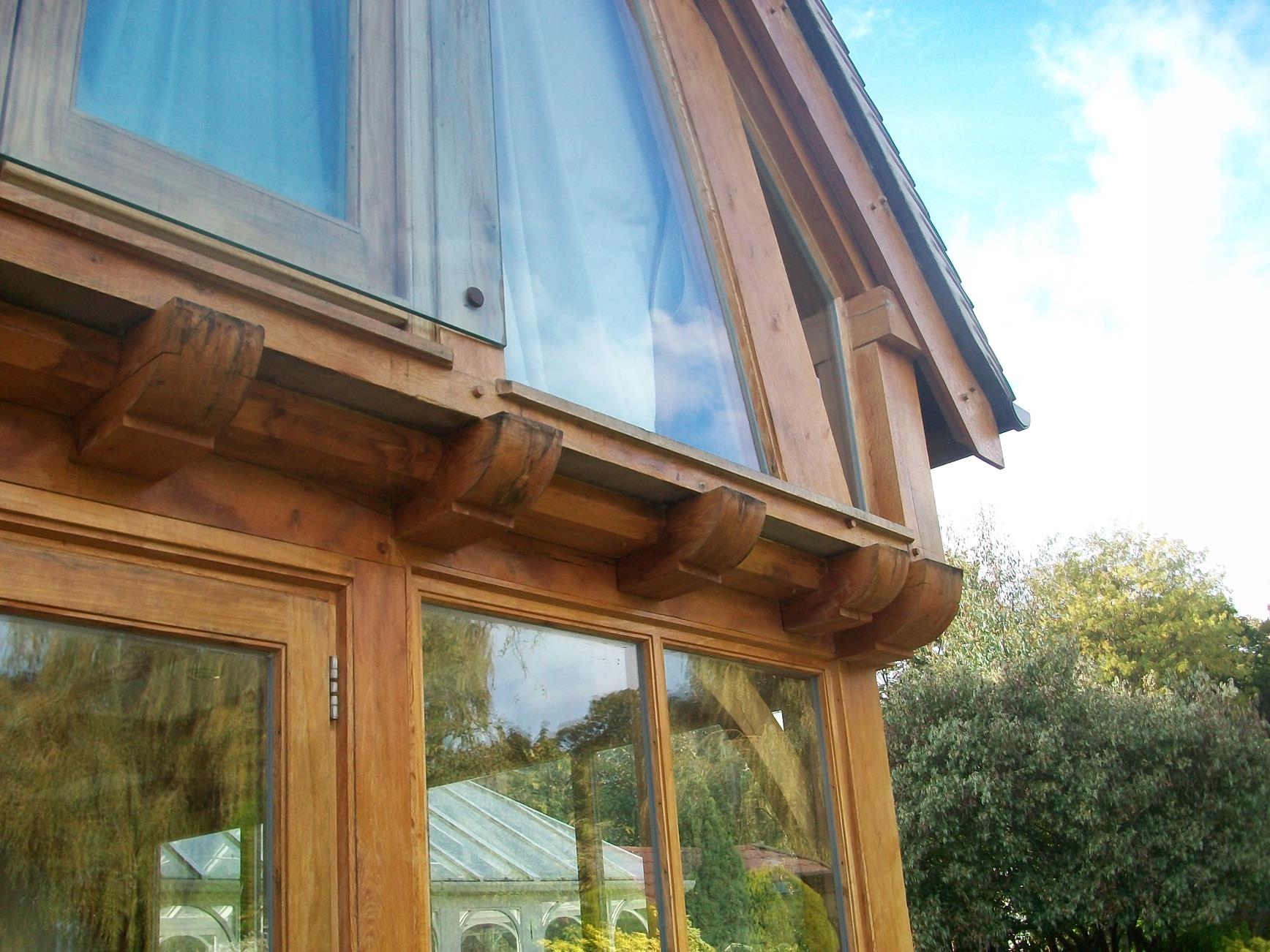 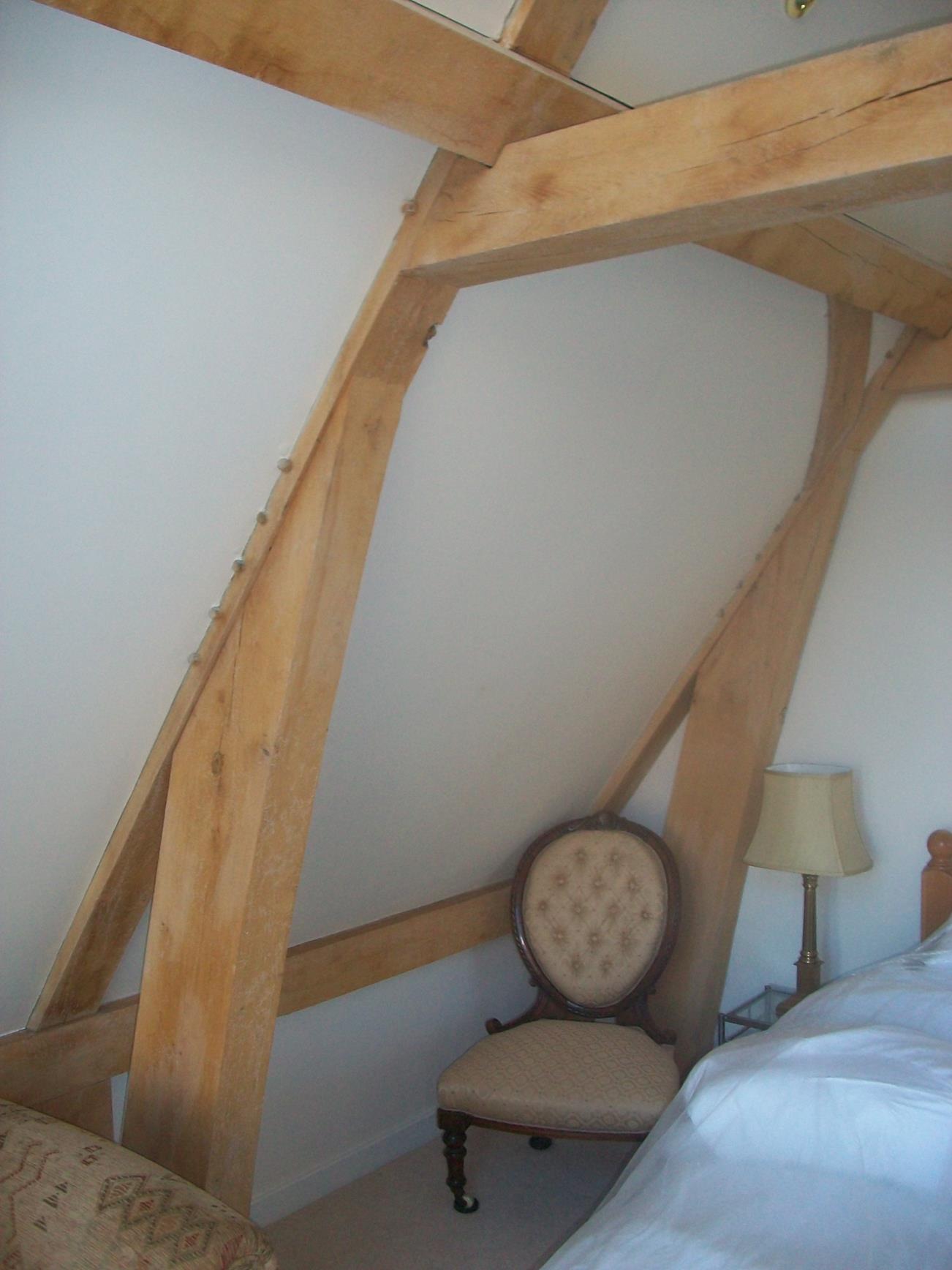 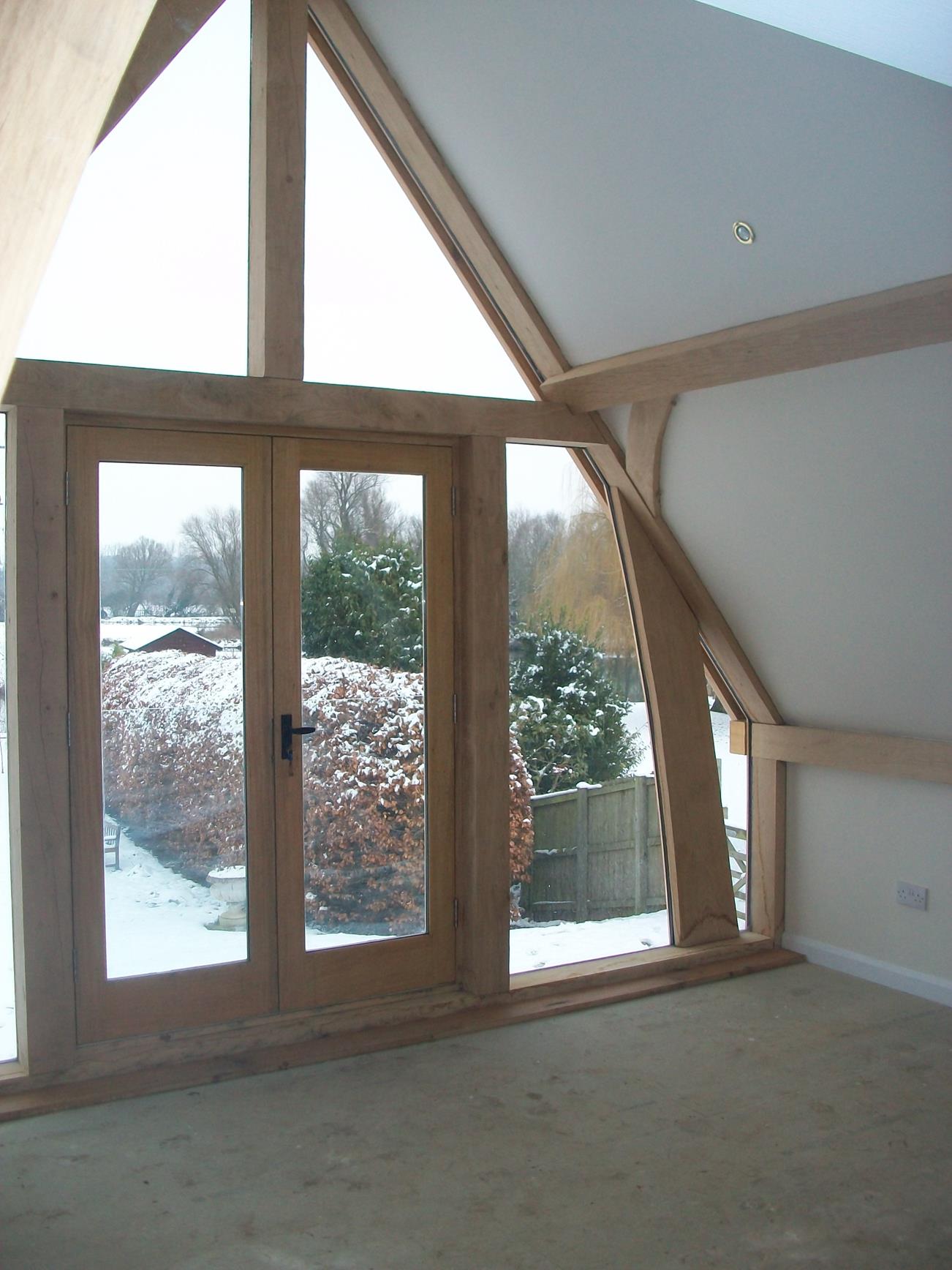 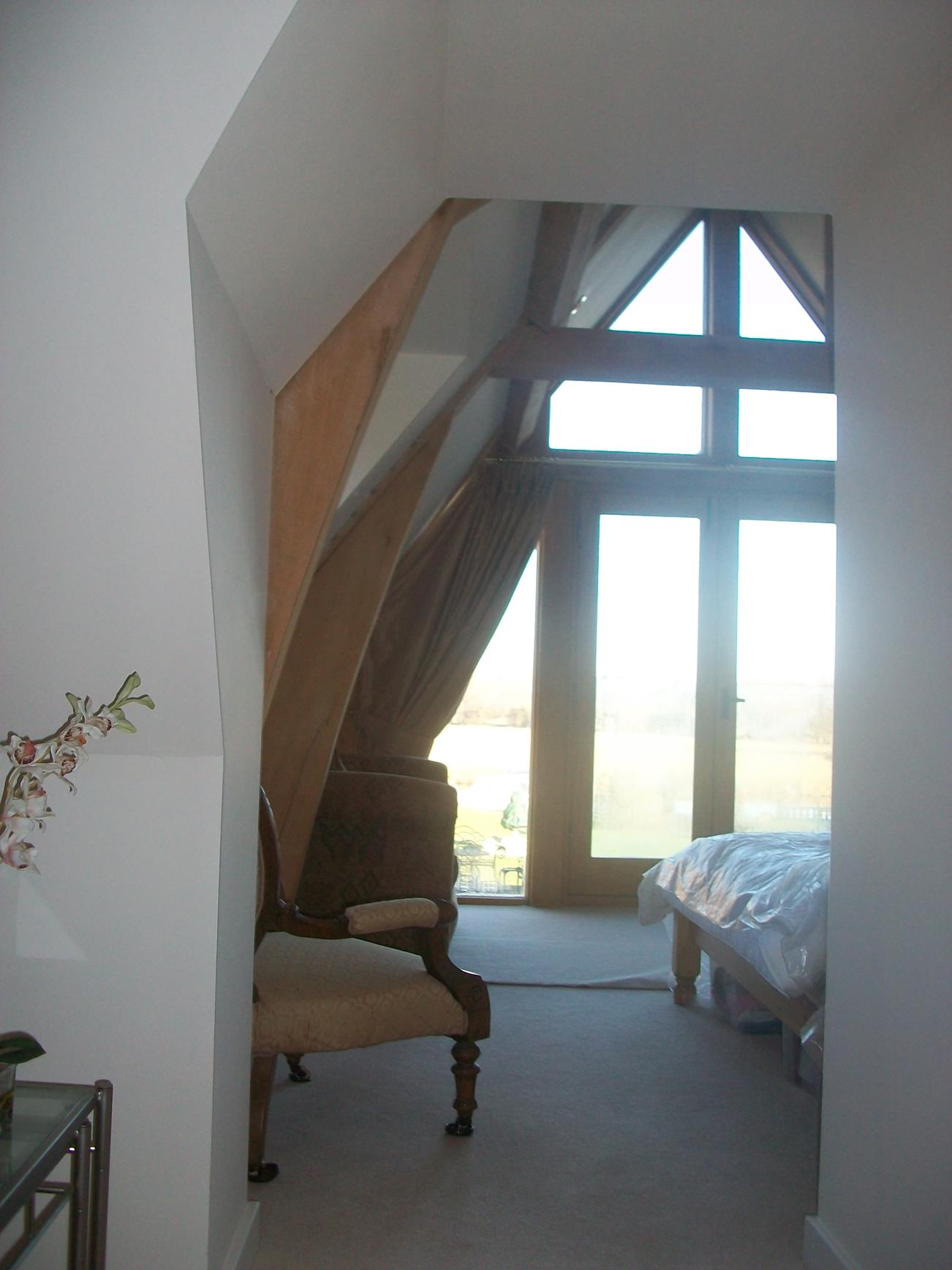 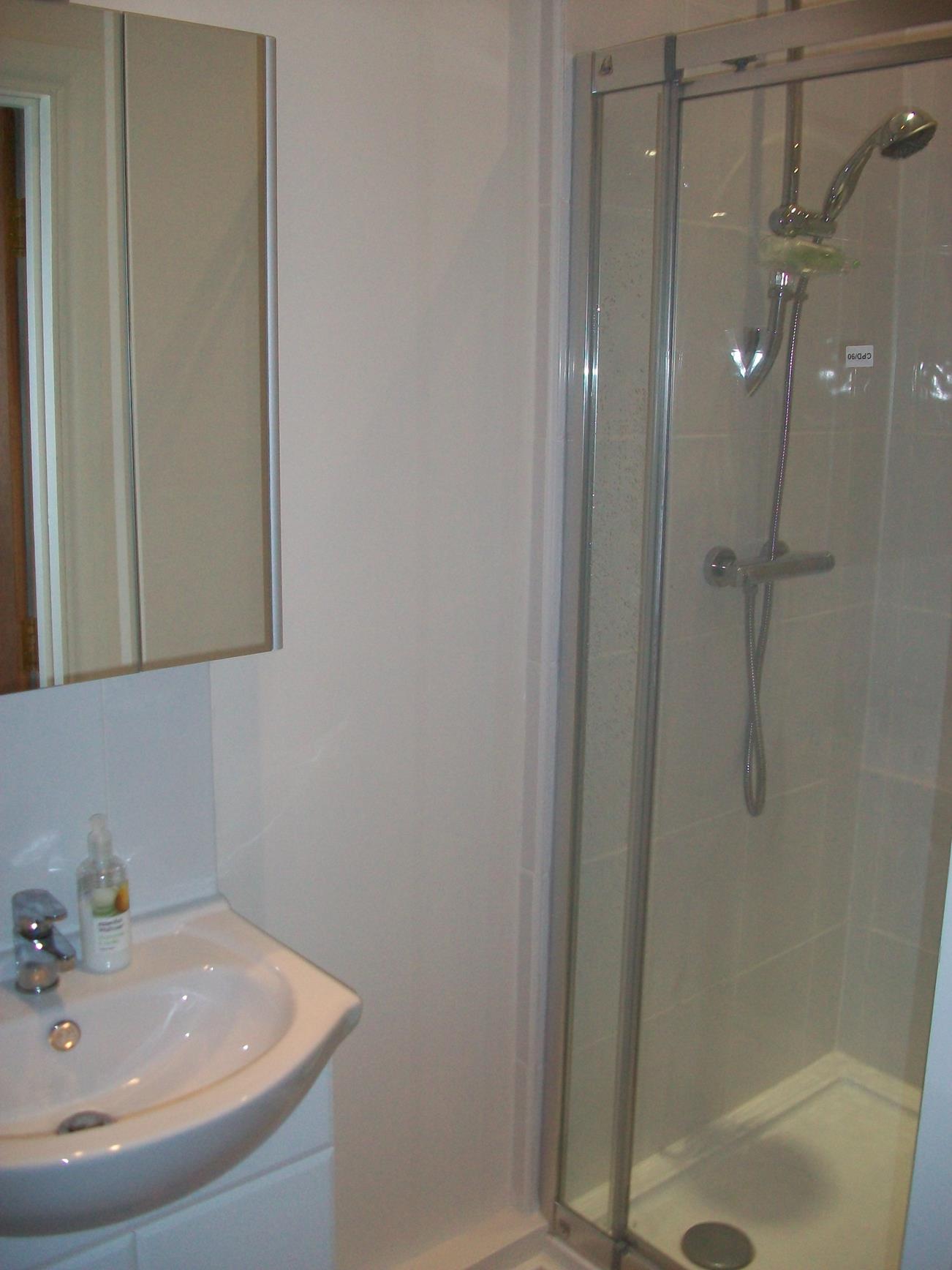 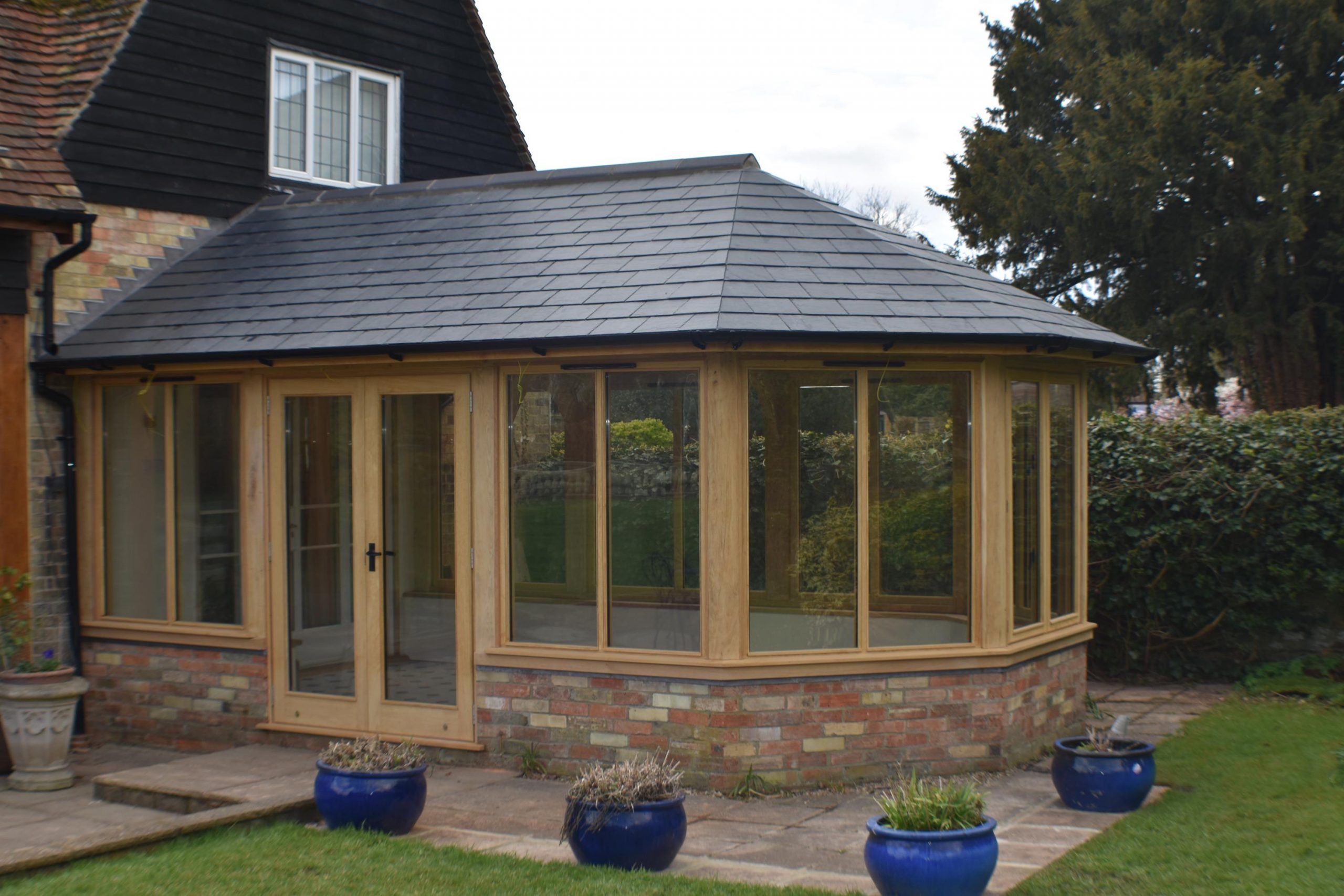 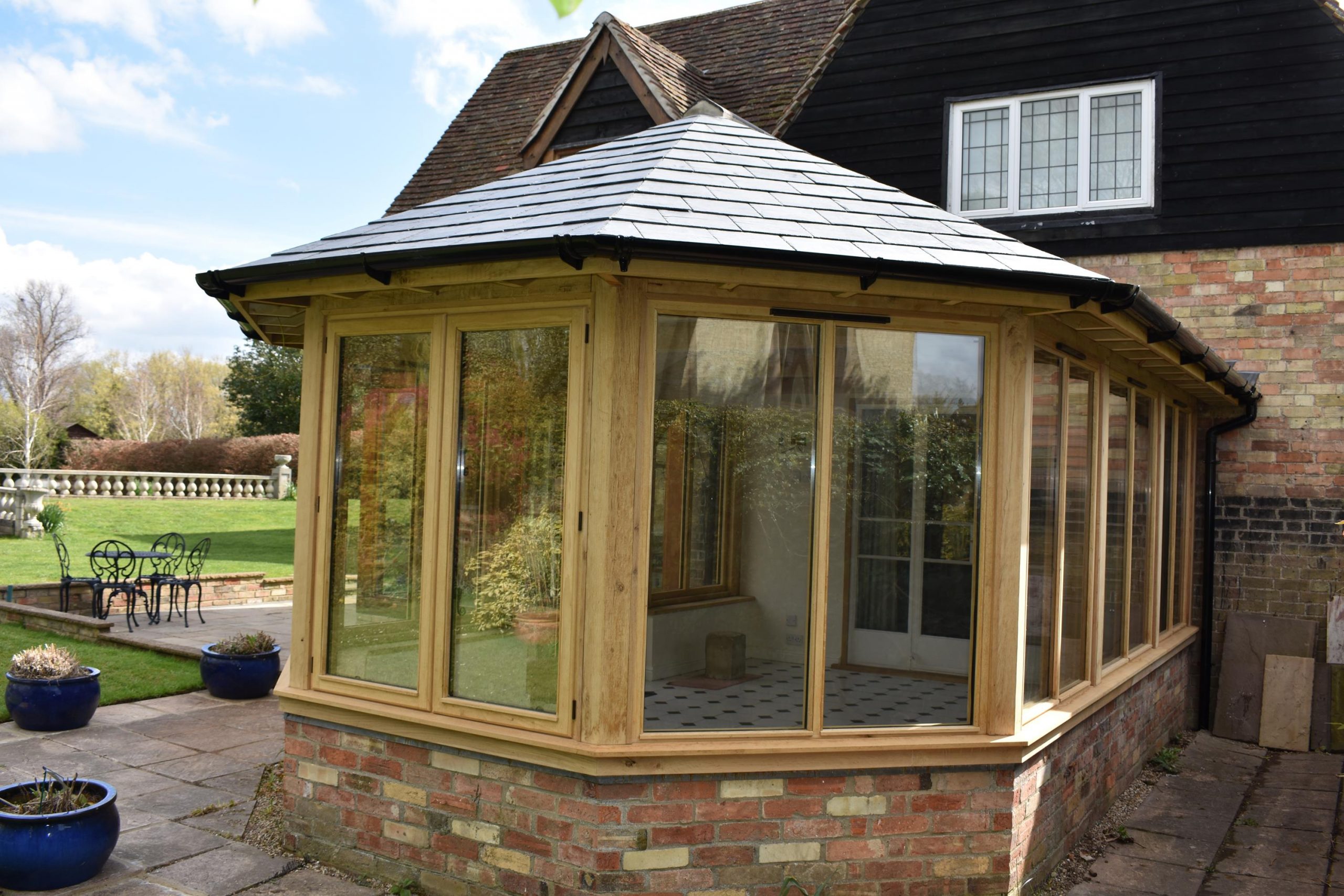 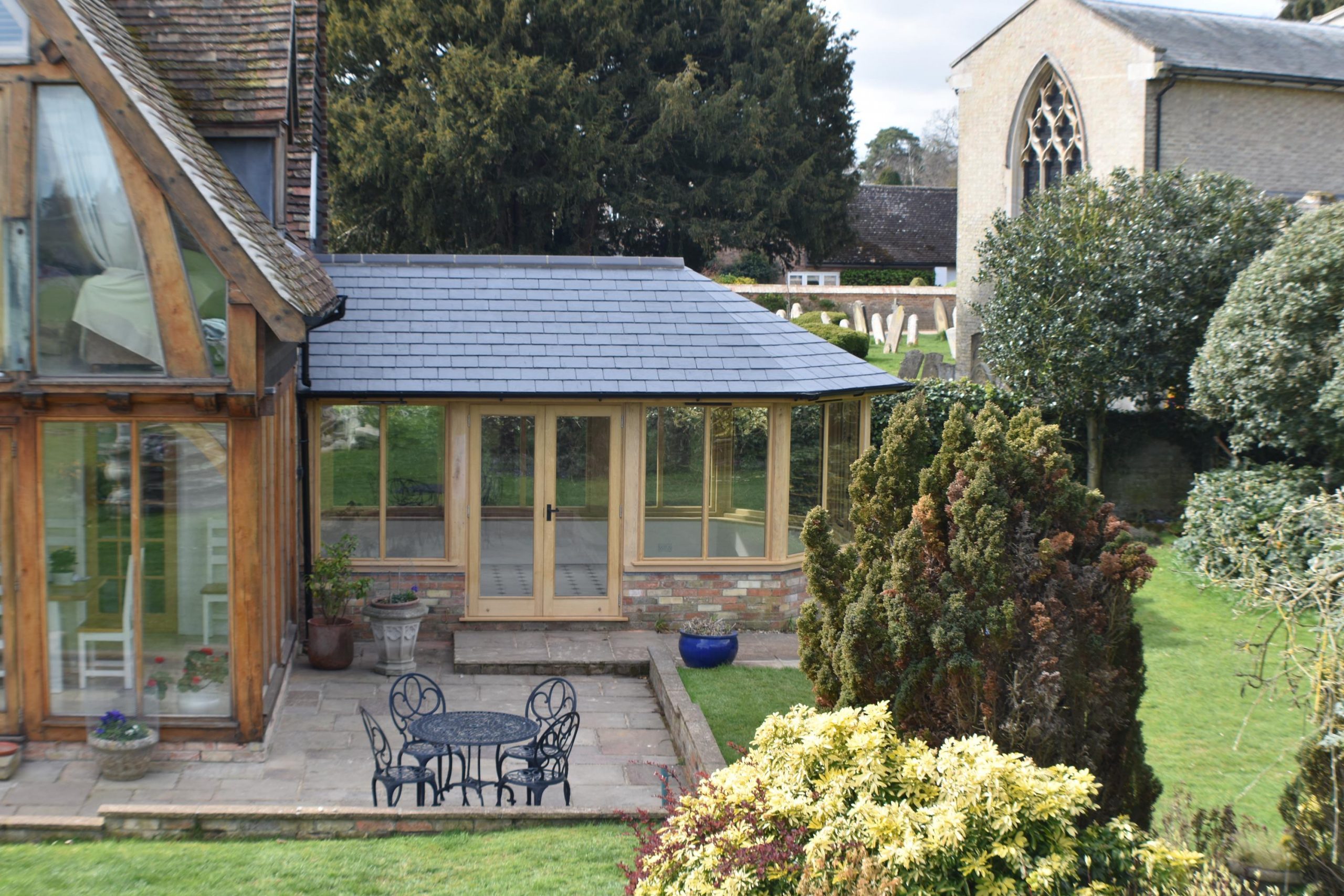 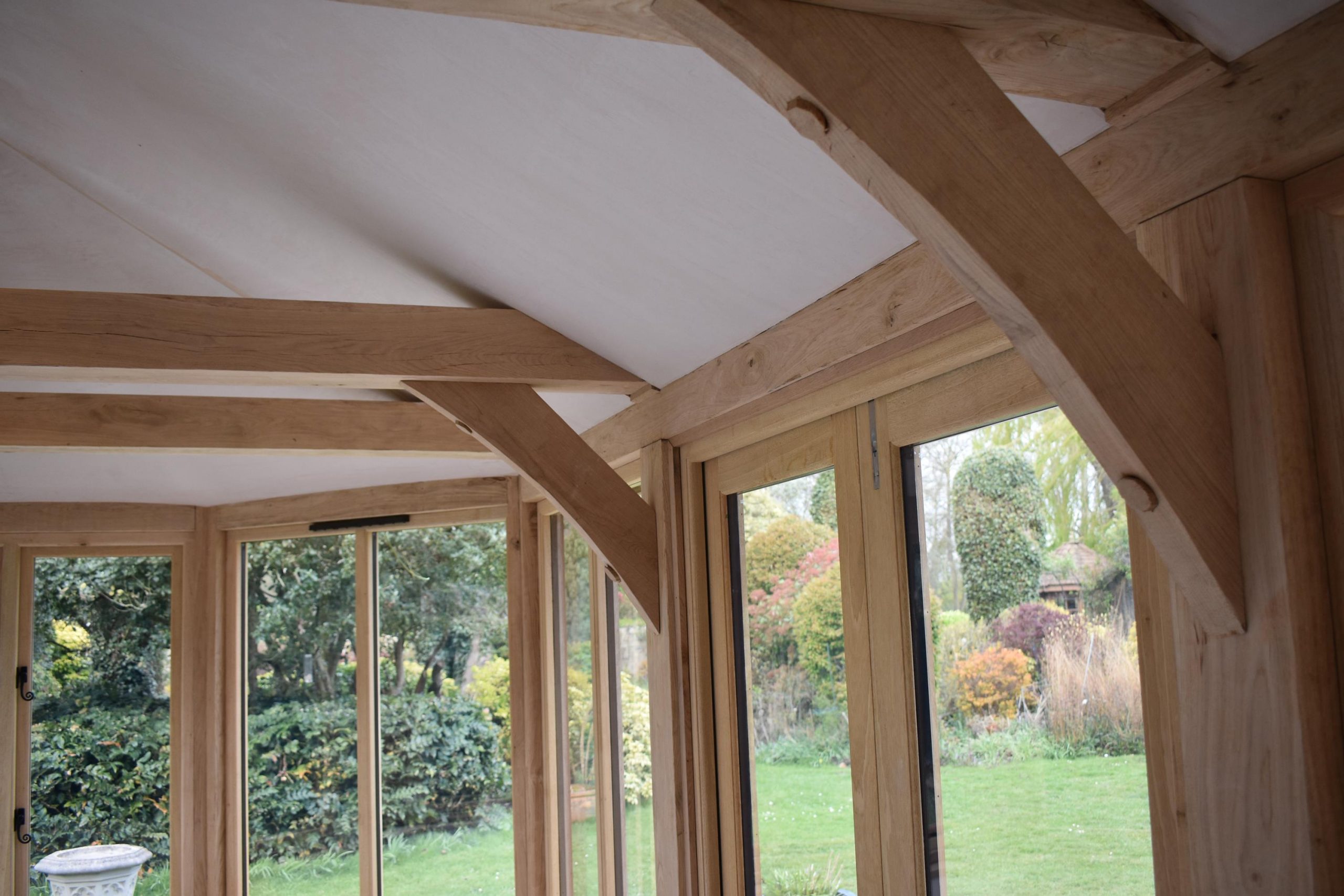 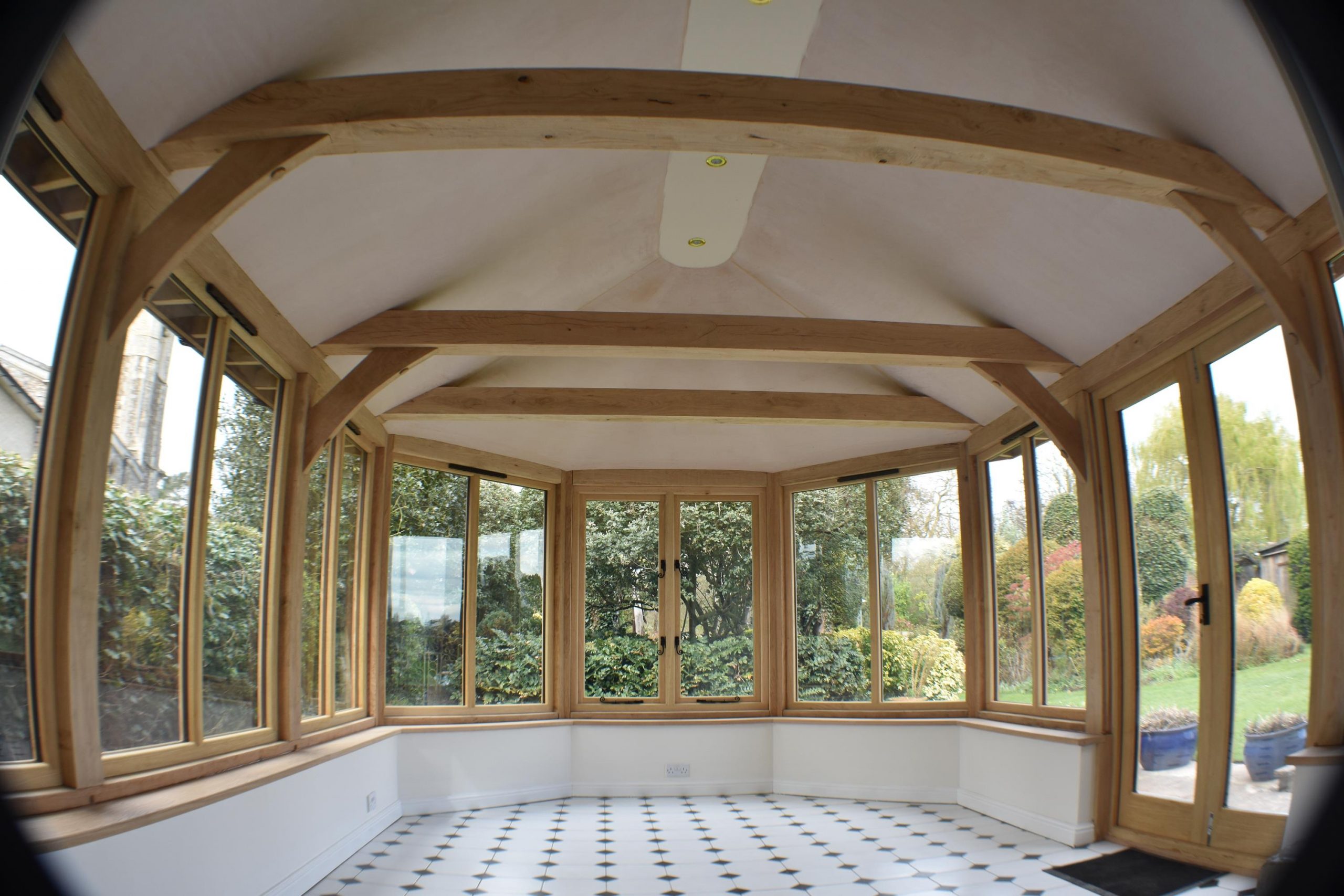 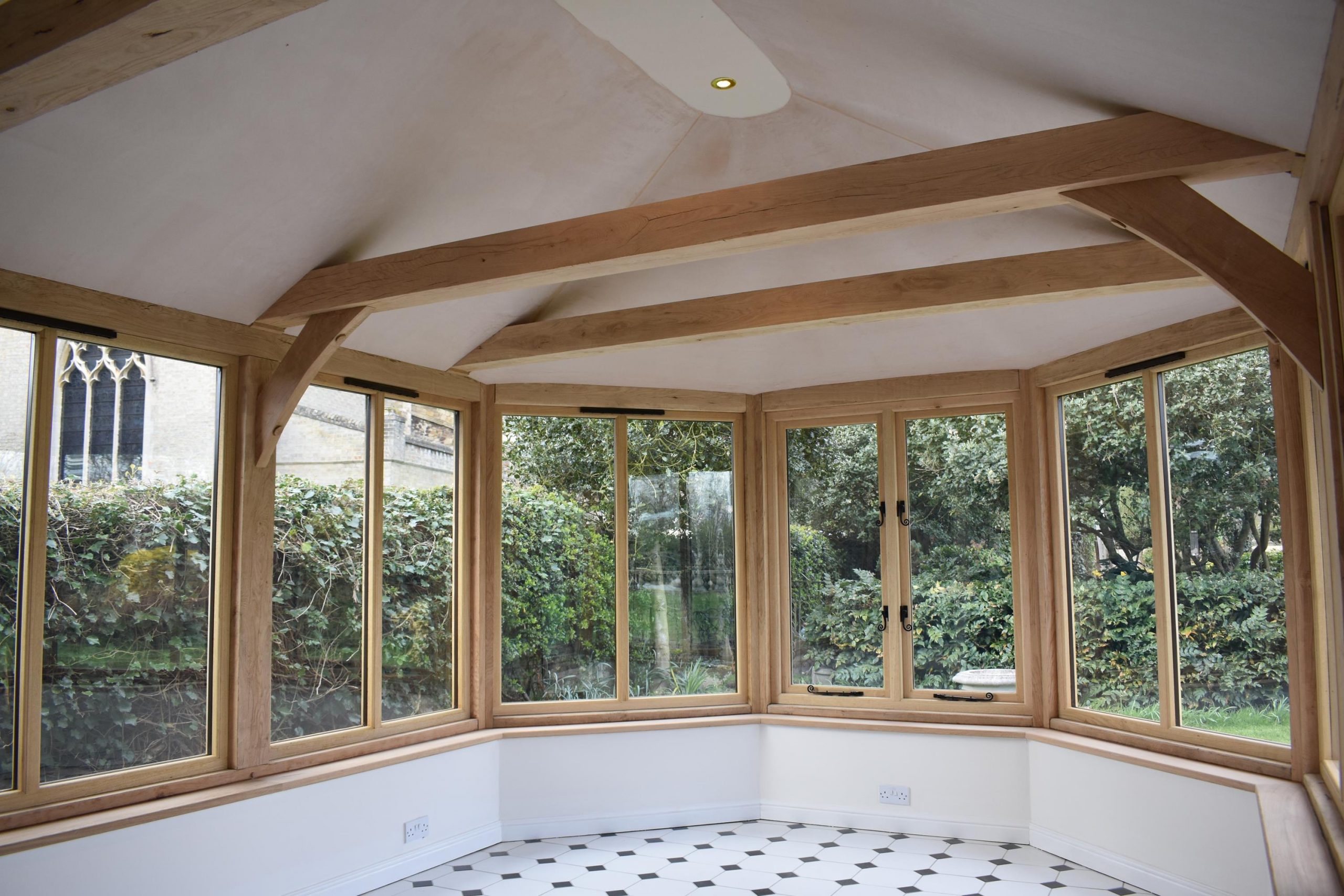 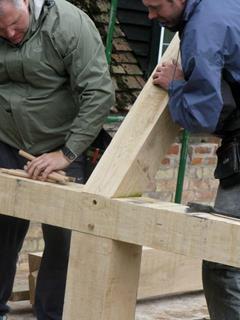 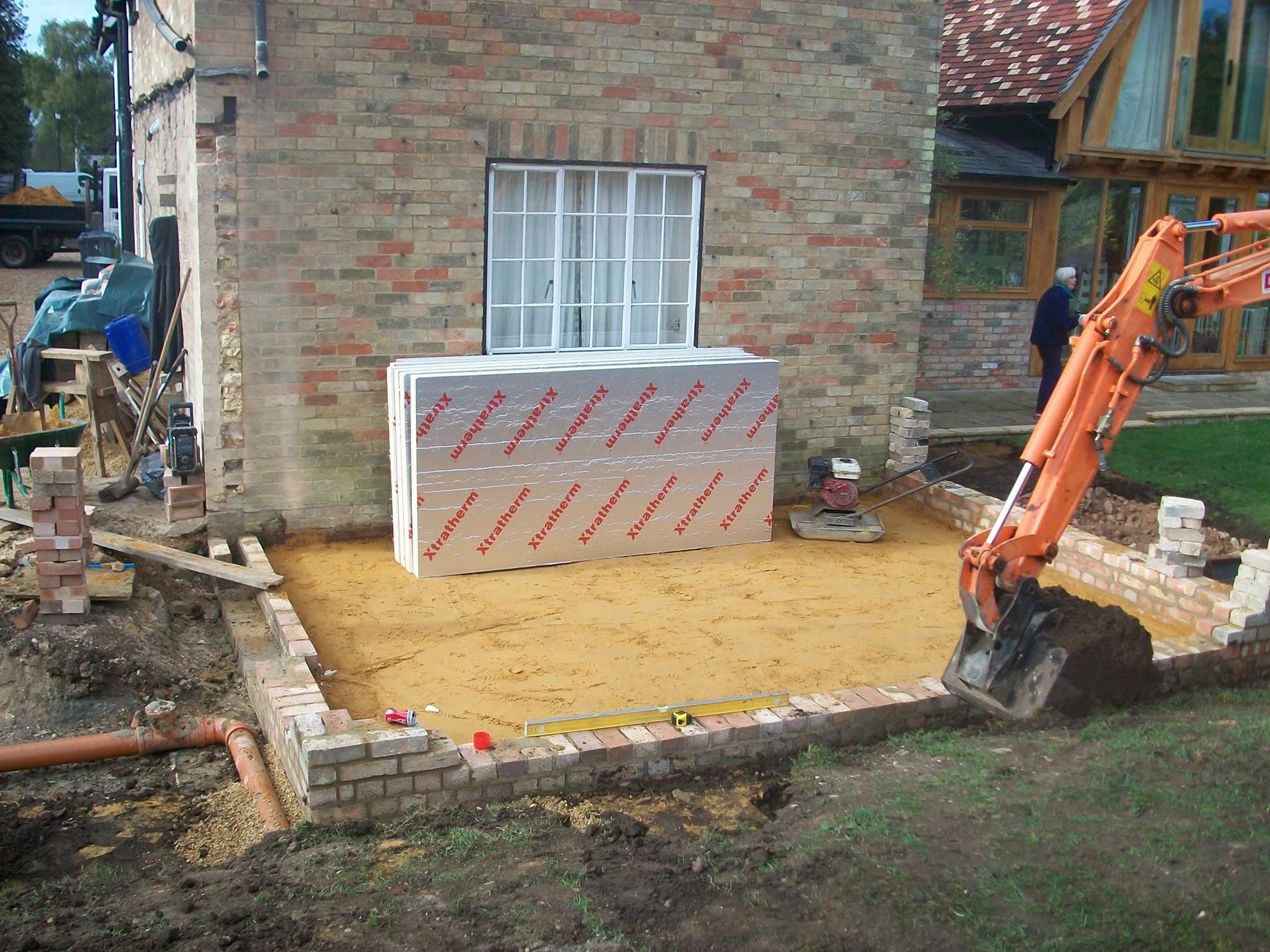 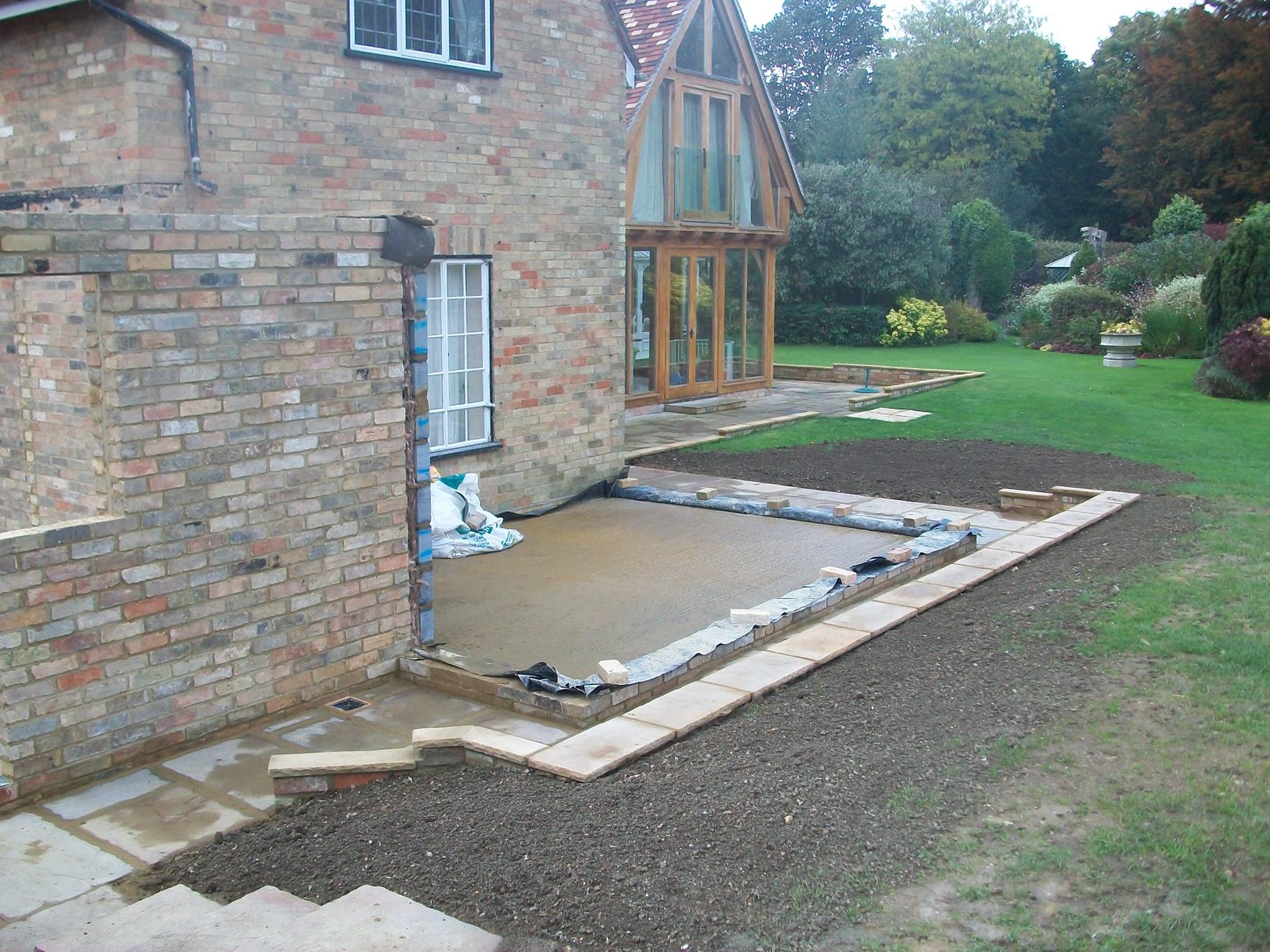 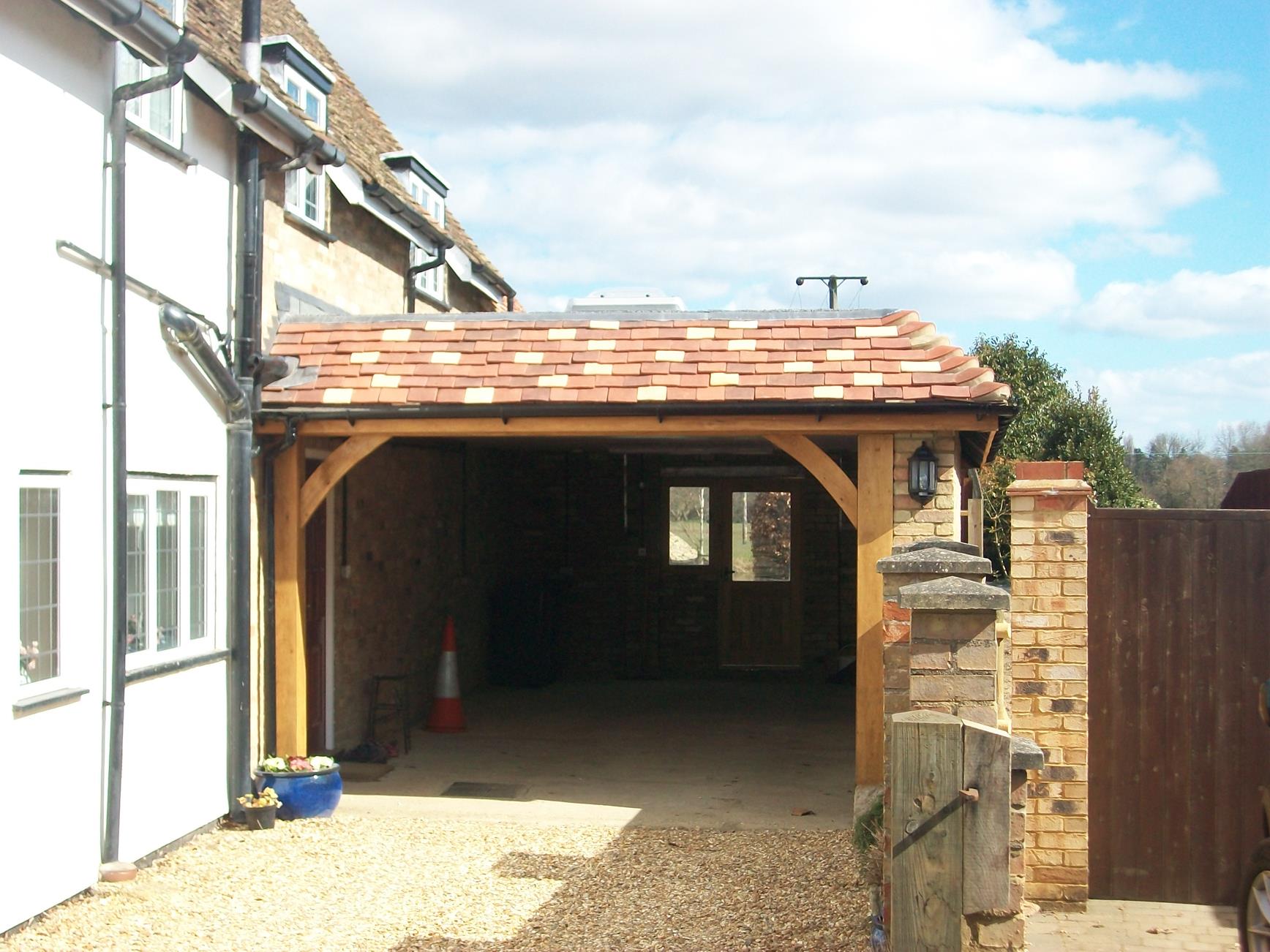 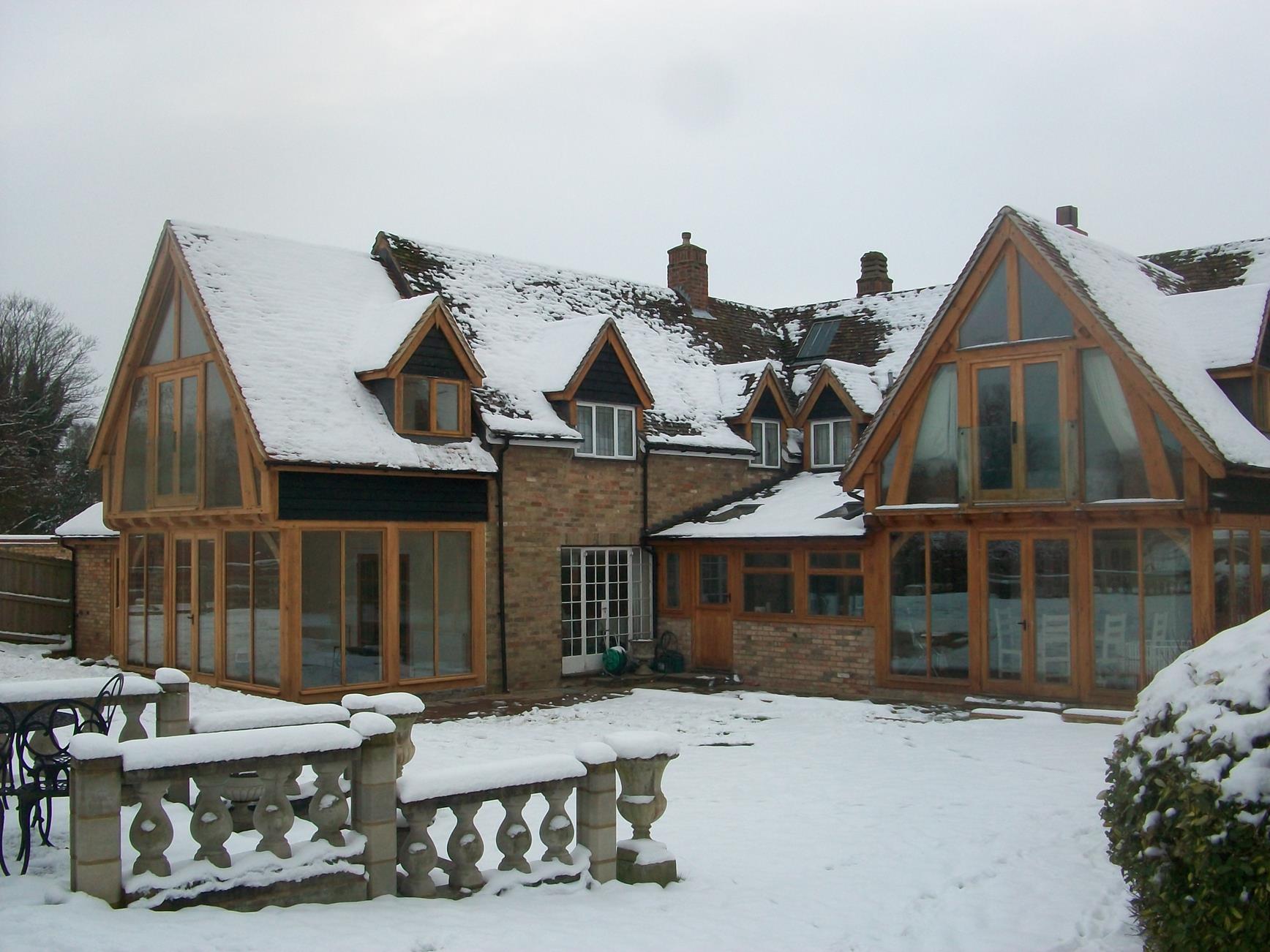 Mr and Mrs Hewitt approached us with their dream of adding cruck frame extensions to their property. The Crucks frame dates back many years but it proves most popular in the medieval period. It comprises of two ‘A’ shaped structures, these are two naturally curved oak beams (crucks blades) with a top horizontal beam.  The shape is very advantageous as it carries the entire roof load to the ground.

On the exterior the kitchen has a mono-pitched roof with two Velux windows. Matching oak joinery of the single storey extension and crucks frame joins the two seamlessly. The exterior of the crucks frame presents French solid oak patio doors surrounded by large double glazed glass panes allowing light to engulf the kitchen diner throughout the day. The same French solid oak patio doors are used in the extended bedroom above that open onto a Juliette balcony. A side personnel door at the far left side of the kitchen opens out into the granary grounds. Finally the existing flat roofed dorma windows were remodelled into pitched roof dormas to match the new dormas.

The twinning second extension was completed a few years later, a similar sized project compromising of a south-west facing reading room and additional guest bed room. Again existing dorma windows were remodelled to pitched. Alongside the new extension, a long two-bay garage with mansard roof and personnel door for access to the rear of the property was built. Both of the crucks frame extensions feature detailed canter leaver (overhanging first floor detail).

We really enjoyed all the controversial projects Mr and Mrs Hewitt proposed to us and their return custom has verified job satisfaction.